The Bradley and Nikki Bozeman Foundation serves as a vehicle to promote charitable, philanthropic, and grassroots community activities. Bradley is a member of the Baltimore Ravens having been drafted in the sixth round of the 2018 NFL Draft. Prior to becoming a Raven, Bradley was the starting center on the National Champion Alabama Crimson Tide, where he served as a team captain. Nikki was the starting center for the University of Alabama Women’s Basketball team where she served as a team captain her last two years.

The Bradley and Nikki Bozeman Foundation seeks to make a difference in the lives of at-risk children and families with a focus on the dangers of childhood bullying. Bradley and Nikki’s personal experiences give them a platform to help adults and children learn how to recognize bullying, respond quickly and consistently to bullying behavior, and send a strong message that this type of behavior is simply not acceptable. Bradley and Nikki’s efforts help lend support to parents, school staff, and adults in the community to help prevent bullying behavior and create a safe school and community environment for our children. The Foundation seeks to help reinforce the importance of treating everyone with respect, standing up for others, and being true to yourself. 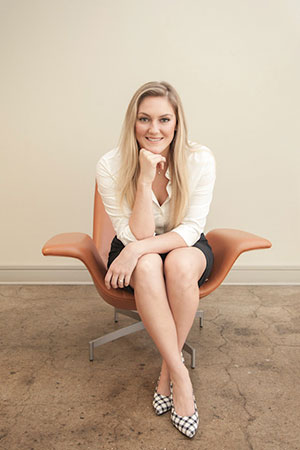 I was born on October 3, 1993 in Tallahassee, Florida. I am the daughter of Tom and Theresa Hegstetter and I have a sister named Emily and a brother named Grant. Since around the age of 6 basketball has been my passion. I began playing on a mostly boys team when I was younger because I loved the challenge and how rough they were. We moved to Georgia when I was in 2nd grade and I began on what they called HYBA. It was the local rec league but don’t get it twisted they were serious about these games. I then attended high school at Harrison High School in Kennesaw, Ga (Go Hoyas). Where my love for basketball grew deeper and the amount of time and effort I through into the game was countless. In high school I was able to not only scored 1,000 points but also collect 1,000 rebounds making it a first for any athlete in school history. I earned a full scholarship to play basketball at The University of Alabama.

Read more...
There were a lot of adversities through this journey, having three different sets of coaching staffs and players changing around you but I persevered to be able to achieve the 7th most starts for any athlete at The University of Alabama. During my career I started 98 consecutive games over four years. Basketball, for me, was not just about the games I started or how many points I scored, it was about using my platform to do good work within the community. Over the course of my four years I was able to earn several honors for my work in the community. Some of those include the Allstate Good Works Team, South Eastern Conference community service team and the CLASS award. The CLASS award is an award that combines your work in the community, classroom, court, and your character. They take into account being an all-around great role model for the people around you. If you wish to read more about the CLASS award, click here. Since my time playing basketball competitively is over I wanted to turn to the next best thing and that is being able to inspire the people around me. I enjoy sharing my story with anyone who will listen in hopes that it may inspire just one person to go out and do something great.

I was born on November 24, 1994 to Jo Anne and Barry Bozeman. I have one brother, Jody, a sister-in-law, Holly, and an amazing niece and nephew, Livia and Landon. My whole journey started when I was about a foot taller and wider than the rest of my grade. This started from an early age and continued through middle school. I played football and baseball in high school and after freshman year I turned my attention to solely football. I played both sides of the ball, so games were always intense being out there for almost the whole game. However, that all changed on September 15th 2012. We were playing Hopeville High when I planted on my left leg and tore my ACL my senior year of high school. At this time, I was already committed to go and play at The University of Alabama. This year with the ACL tear and having to watch my team from the sidelines made up one of the hardest years I’ve ever faced.

Read more...
Alabama then calls and asks me to grey shirt, which simply means enroll late so that I count towards the following years draft class. Another devastating set back, but I knew my purpose was to play for The Tide and nothing was going to stop me. I began to train harder than I have ever trained before in preparation for the spring semester when I would start school. Two days before camp started I got a call from the coaching staff at Alabama saying they wanted me there for camp the following day and that they wanted me to red shirt instead. I was overjoyed all my preparation had paid off and I was ready to compete when I reported to camp. Now there were still plenty of setbacks along the way, but that propelled me into a career that I could have only dreamed of. I am so thankful for my family that always pushed me, my fiancé who supported me, and anyone who was there for me along the way. I enjoy being able to share my story with people all over the country to show that no matter how you look or what happens to you along life’s journey that as long as you work hard and stay true to yourself anything is possible.